During the ATAP session at Google I/O, the company's ATAP team showed off the latest prototype of Project Ara. For those of you who don't know what Project Ara is, or may have forgotten, it's the world's first modular smartphone. 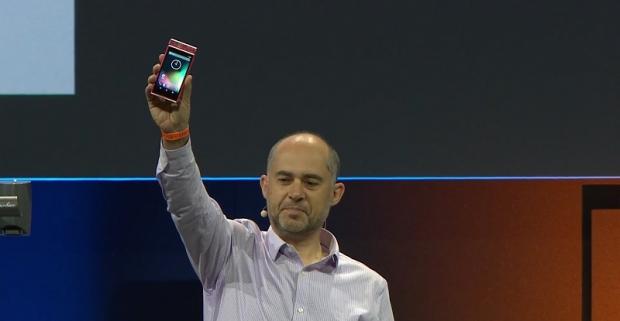 Project Ara will allow consumers to customize every single aspect of their smartphone: the processor, camera, RAM, battery, and countless other components of the smartphone. For those who don't use a front facing camera, don't install one! This space can be used for an SD card slot, or a bigger battery. Project Ara is aiming to hit a point where you won't need to buy an entire new phone when you want to upgrade, as you'll be able to upgrade just the components you want.

We should hear more about Project Ara later in the year.