Whether we want it or not, the transition from human workers to robots is expected to cause mayhem among a number of different industries. 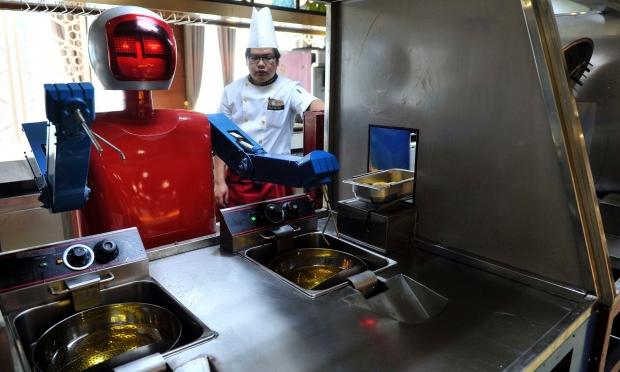 The following industries are expected to face the highest likelihood of being replaced, according to a 2013 study from Oxford University - telemarketers (99 percent), umpires and referees (98.3 percent), cooks (96.3 percent), manicurists and pedicurists (94.5 percent), and roofers (89.7 percent).

It seems careers that require a mix of creativity, negotiation skill and strong communication will be safer than other positions - and there are plenty of concerns about how acceptable humans will be to jobs being carried out by robots.

Last year, Microsoft co-founder Bill Gates issued a warning that people would be put out of the job as development of robots advanes, with other industry experts showing similar concerns. Even though it could take more time, businesses are finding ways to augment staff using robots.