With AMD on the verge of unveiling its new Fiji XT-based Radeon R9 390X powered by HBM, NVIDIA isn't just waiting around sitting on its hands. NVIDIA is reporting preparing to roll out its new GM200-based GeForce GTX 980 Ti, with 6GB of GDDR5. 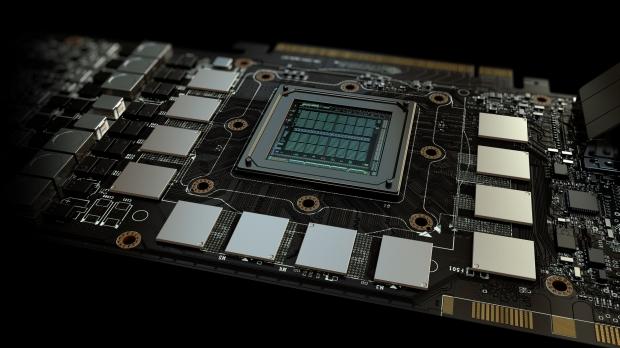 NVIDIA's rumored GeForce GTX 980 Ti will be made from feature the GM200 GPU, the same one that was found in the Titan X, except that the 980 Ti will feature 6GB of framebuffer, versus the 12GB found on Titan X. As for pricing, WCCFTech's source had it listed at around $954 USD, but we should expect NVIDIA to release it much cheaper than that, especially to compete against AMD.

After the price, the second big question is: when will the GeForce GTX 980 Ti arrive? Rumors have pegged NVIDIA at releasing a new product before Computex, but then there's some that say during Computex, and even into July. NVIDIA has the power of waiting right now, especially with NVIDIA owning 76% of the discrete GPU market.