We reported about the new Intel Core i7-6700K not too long ago, but a refresher has hit: the upcoming Skylake-S processors will have at least five processors in their family, and will be direct replacements for the current Haswell-powered CPUs from Intel. 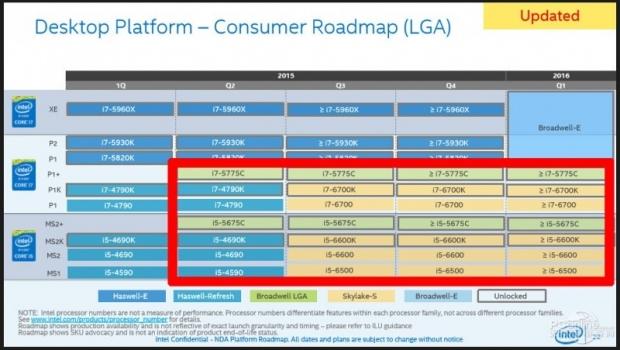 The new Core i7-6700K will replace the i7-4790K which finds itself in enthusiast and high-end gamers' LGA 1150 sockets, but we should also see the i5-6600K which will also be popular, too. Then there's the news of a possible speed improvement coming in Q1 2016, which should see Intel twisting the pain on AMD just that little bit more.

In Q1 2016, we should also see Intel introduce its Broadwell-E platform, which will result in the replacement of the current Haswell-E based Core i7-5960X.