Set in the aftermath of a gigantic Californian earthquake, the film features Dwayne Johnson as a rescue chopper pilot who'll outrun floods, quakes, building collapses and seemingly an impressive CG tidal wave that's headed right for the coast and also features Australian songbird Kylie Minogue in a role that will hopefully be less embarrassing than in 1994's 'Street Fighter'. With a budget of $100 million, the film is directed by Brad Peyton and hits theaters in Australia on May 28 and in the U.S. one day later. 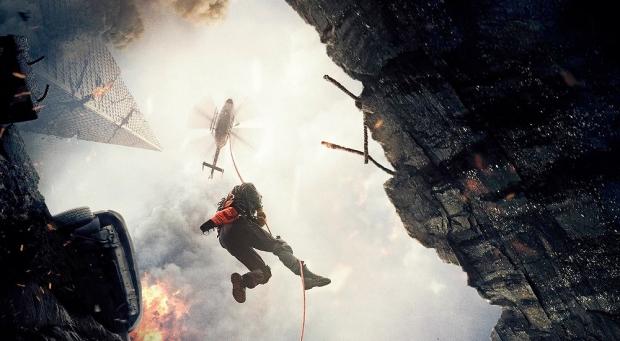