We know it's coming, but NVIDIA hasn't confirmed anything just yet - but here it is, the GM200. If you didn't know, this is the fully unleashed Maxwell GPU, which should materialize into the GeForce GTX Titan II. 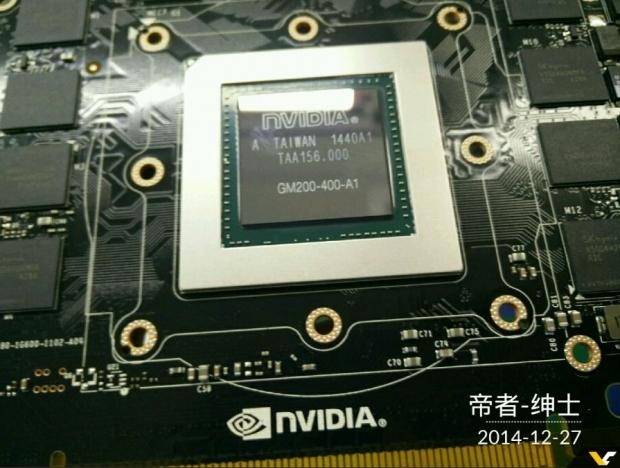 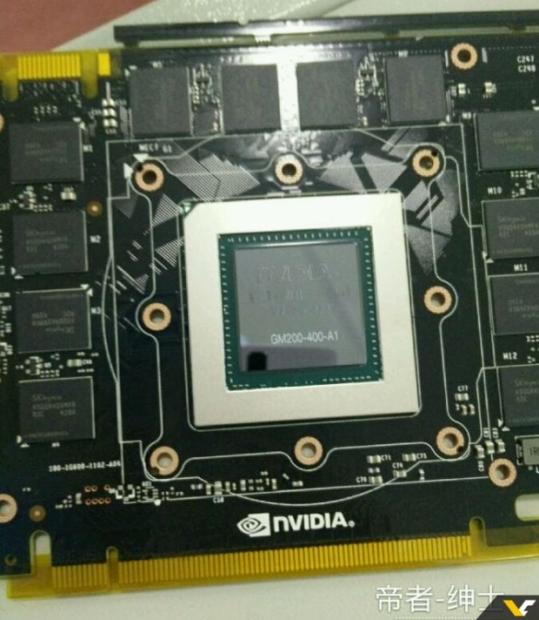 The GM200 engineering board (180-1G600-1102-A04) will use a PG600 board according to VideoCardz, and features 24 of Hynix's H5GQ4H24MFR modules, clocked at 7GHz. We have a total of 12GB of VRAM, which indicates this will be a new Titan part, and not a normal GeForce GPU. We don't know if it will be the Titan Z II, Titan Ultra, Titan II, or something else entirely, but whatever it is... it's going to be awesome. 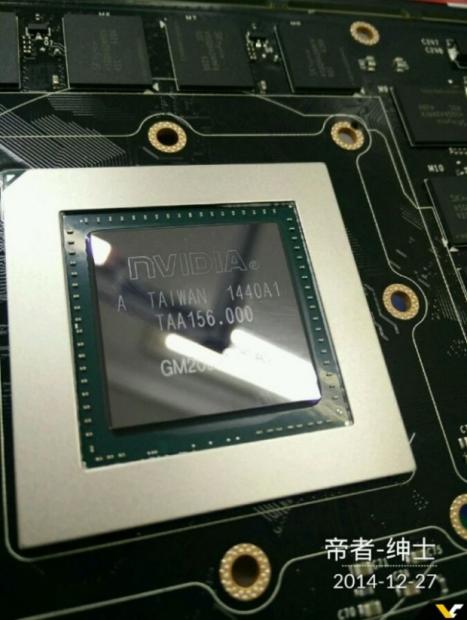 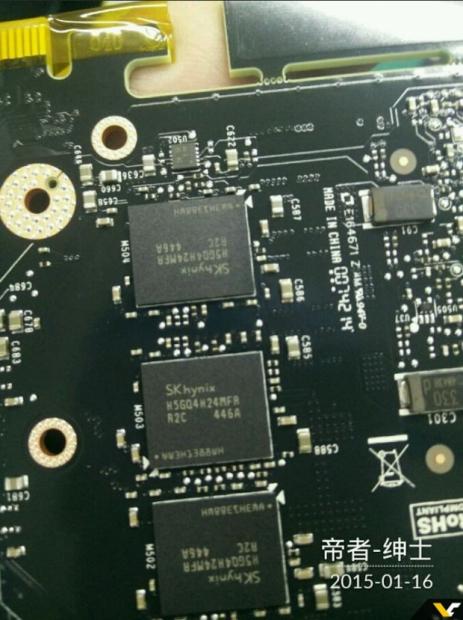 We can see the prototype board is missing the DVI port, but it features three DisplayPort outputs, and HDMI 2.0 just like the GTX 980 and GTX 970 cards. We should expect the full Maxwell card to feature 3072 CUDA cores, too. This card will be a monster, something I expect NVIDIA will unveil at GTC 2015 in March.