Samsung announced today that they have begun mass production of their high-performance, low-powered PCIe solid state drives. The SM951 is designed with ultra-slim notebooks in mind, with Jeeho Baek, Samsung's Senior Vice President of Memory Marketing, commenting "we are helping to accelerate growth of the ultra-slim notebook PC market with the introduction of this energy-efficient, high-speed PCIe SSD. We will continue to introduce next-generation high-density SSDs with improved performance and increased differentiation, as we further strengthen our business competitiveness in global SSD market." 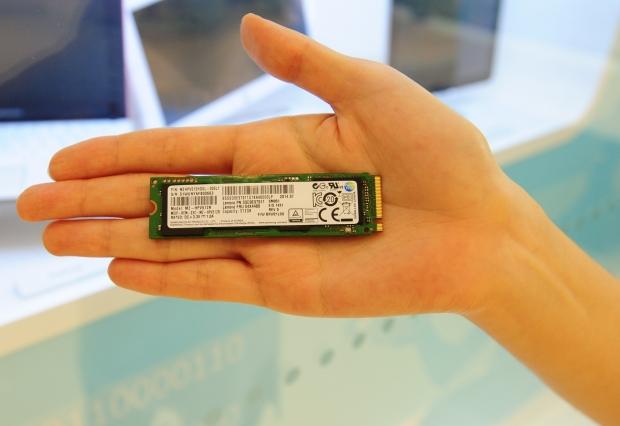 Supporting both PCIe 3.0 and PCI 2.0 interfaces, Samsung claim their product can read and write at sequential speeds of 1,600 MB/s and 1,350 MB/s respectively. Being three times faster than SATA SSD technology and 30 percent faster than the Samsung XP941, these products are set to be a real winner.

The SM951 is also the first SSD to utilize the L1.2 low power standby mode, allowing all high-speed circuits to be turned off when a PC is sleeping or in hibernation, marking a 97 percent decrease from the 50mW consumed previously - this new device uses under 2mW of power to function.

Weighing in at six grams and measuring 80mm x 22mm, this tiny beast packs a massive punch. We can't wait to see laptops rolling off the shelves with this technology inside.