CES 2015 - Acer has burst right out of the gate here at CES 2015 in Las Vegas, announcing two new great gaming LCDs as well as a new 15-inch Chromebook, but they aren't finished yet. We are now being introduced to the new Liquid Jade S smartphone, a cheap new handset that features an 8-core processor, and more. 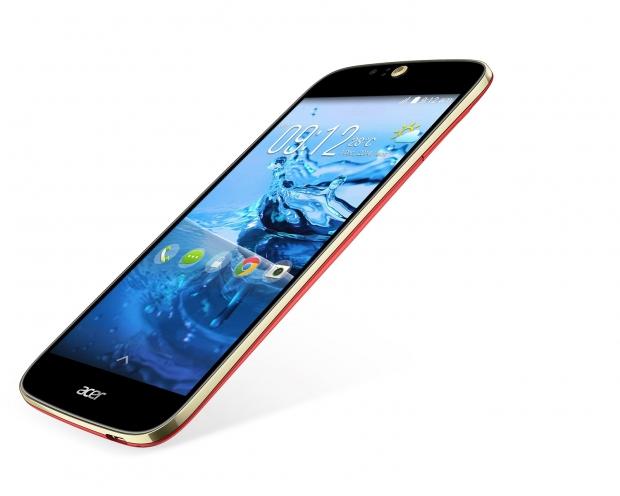 The Acer Liquid Jade S features an 8-core 64-bit processor from Mediatek in the form of the MT6752M, as well as 4G LTE capabilities to make sure the internals of the phone can match the network speeds. The SoC features eight 1.5GHz ARM Cortex-A53 CPUs, and a Mali T760 graphics chip which will handle the graphics side of things.

The Liquid Jade S features a 5-inch 1280x720 display, 2GB of RAM, 16GB of internal storage, a 13-megapixel rear-facing camera backed up by a 5-megapixel up front for those detailed selfies, and a non-removable 2300mAh battery. All of this arrives in a handset that weighs just 116g and is 7.78mm thick. Acer will have the Liquid Jade S for €299, or around $358 and will be made available in Europe starting later this month.