The keys to the future of SSDs revolve around the NVMe interface, TLC NAND, 3D NAND, and low power consumption. The 88NV1140 supports both NVMe 1.1b and AHCI through a x1 PCIe 3.0 interface. The controller supports TLC NAND and 3D NAND, along with other types of NAND. This new controller is targeted for the mobile market, such as Chromebooks, laptops, and 2-in-1 devices. 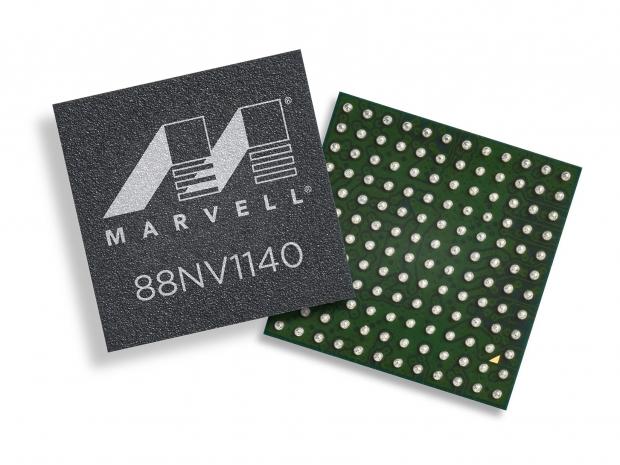 Both controllers are built on a 28nm process and come in a 8x8mm package, allowing for ultra-dense applications such as M.2 2230 designs (30 mm in length). Both controllers use Marvell's NANDEdge LDPC error correction to boost longevity, and it supports 15/16nm TLC and 3D NAND. The controllers have already passed strenuous in-house validation and third-party operating system and platform compatibility testing. The new controllers support development of NVMe BGA or SATA BGA SSDs running on embedded SRAM through multiple-chip-package integration with NAND.

NVMe hasn't quite trickled down to the consumer level, but is already integrated into several enterprise solutions. Head over to our IT/Datacenter section for a look at the latest NVMe products.