Far Cry 4 has launched in the last 24 hours, with Ubisoft already patching up the first-person shooter on the PC to version 1.2. The patch includes some things that should've made the launch version, such as support for NVIDIA's SLI technology. The day one patch on the PS4 brings it up to version 1.01, and a 600MB download for PlayStation owners. The PC version on the other hand, had two patches to bring it up to version 1.2. 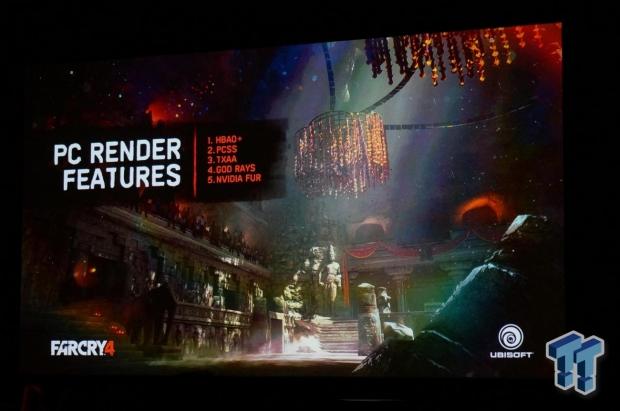 What I don't understand is, Ubisoft worked closely with NVIDIA on Far Cry 4 (and Assassin's Creed: Unity) but SLI support was missing from the game as it says right there in the patch notes that the patch "added SLI support". For one of the biggest releases of the year, and a game NVIDIA had invested heavily into, one would think SLI testing would've been done very early on and baked into earlier code of the game - not having to provide SLI support after the game was released.

The patch notes are quite lengthy, but we have them listed below (or in the for you: