Sony has shown off some new updates that are set to enter the PlayStation 4, with the PS4 interface itself being updated in a 2.0 system update. Part of the new update includes the ability of a USB Media Player, something that should be welcomed with warm arms. 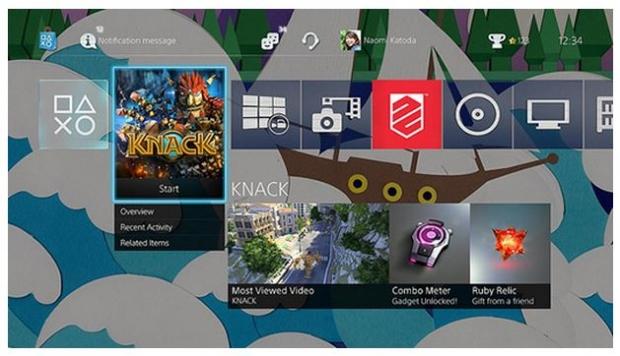 Gamers can't transfer music to the PS4, but they'll be able to play MP3, MP4, M4A and 3GP files from a USB stick inserted into the PlayStation 4, as background music while they game. Sony is also amplifying the social interaction on the PS4, which will now suggest "players you may know", recommending PS4 users that your friends frequently game with. On top of that, if purchasing themes isn't something you're into, the new PS4 2.0 update will allow you to customize the background color of the PS4 interface.

The new update will also provide a feature to add a game to your library, instead of forcing you through the steps of cancelling that unwanted download. Continuously expanding gaming libraries will be easier to manage with the PS4 2.0 update, with improved filters to organize your game collection. The PS4's live broadcasting tool is also being reworked, providing gamers with more control for following broadcasts, searching for specific games, as well as archiving sessions.