NVIDIA Editor's Day 2014 - There were two stations to play with the Oculus Rift and Maxwell-powered GeForce GTX 980 and GTX 970 GPUs at NVIDIA's Editor's Day 2014, with the first being the EVE: Valkyrie station, and the second Epic Games' "Car Flip" VR demo. It's hard to explain, so watch the video below.

As you can see, it's an on-rails VR demo that plays out in slow motion, with a blend of 'The Matrix' meets 'F.E.A.R.'. It was one of the more impressive demos I've witnessed, and while there's nothing you can do during the game with it being on-rails, the experience is like nothing else. Watching bullets fly past you makes you feel like you're in The Matrix, and watching the explosions take place in front of you while the car flips over you, is simply awesome, there's no other word to explain it. 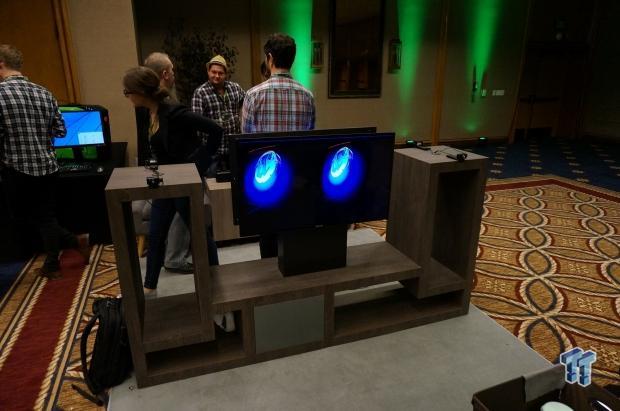