Logitech has just unveiled something it is calling the 'most advanced mechanical gaming keyboard in the world' with its new G910 Orion Spark RGB Mechanical Keyboard. This new keyboard features Logitech's exclusive new Romer-G mechanical switches, something that offers "25 percent faster actuation than any other mechanical switch, improved durability and intelligent Illumination". 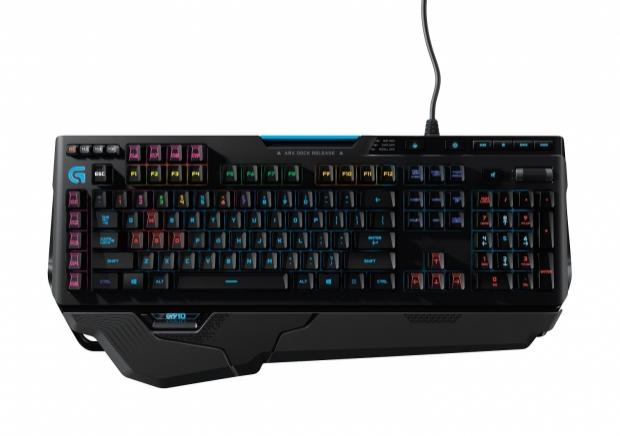 The new Orion Spark features the Romer-G mechanical switches, something that can't be found on any other keyboard, with an actuation point of 1.5mm, the "Romer-G switches register your key presses up to 25 percent faster than competing mechanical switches". Logitech has improved the durability of these keys, too, which are capable of up to 70 million keystrokes, which is around 40% longer than competing keyboards. This allows gamers to bash down on those keys millions of times, without worrying about wearing them down quick.

Logitech has built-in some nifty lighting into each and every key on the G910 Orion Spark, with every key capable of being individually customized from a palette of 16.8 million colors. The lighting "is centrally located within each switch and is directed by precision optics, to ensure that the lettering on each key is evenly illuminated". There's a new application available from Logitech G, something that works with LGS to "enable delivery of a wide range of information on your mobile device including anything from in-game intelligence, to vital system performance stats, to media controls". Not only that, but there are also nine programmable buttons, which can be used for anything from easy access to certain applications, or complex commands.

The new Logitech G910 Orion Spark is priced at $179, and will be available throughout the United States, Europe and select counties in the Asia Pacific starting in November 2014.