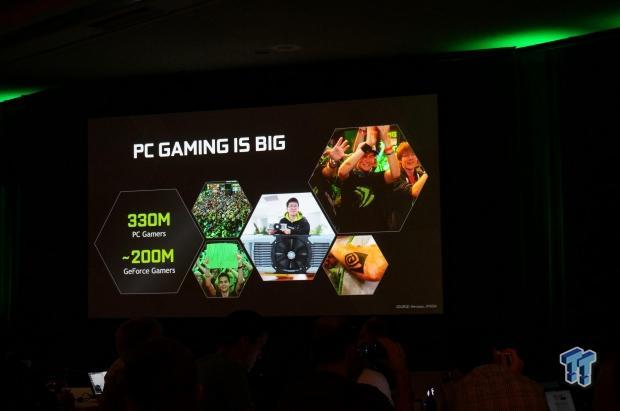 The company has said that out of the 330 million or so PC gamers in the world, around 200 million of those game on GeForce GPUs, which is a huge number of gamers on NVIDIA hardware. One of the driving forces behind this, is that PC gaming is now considered a sport, thanks to eSports titles like League of Legends, StarCraft and many more. 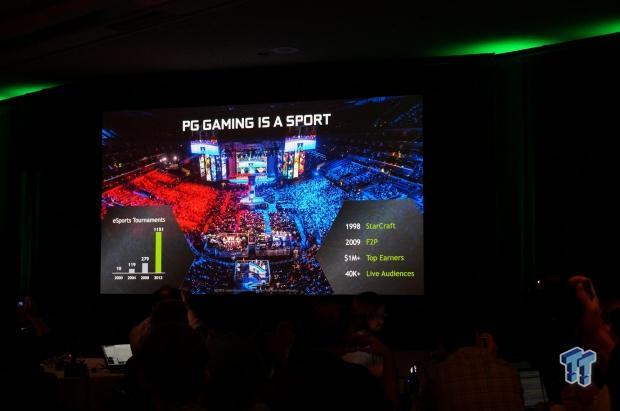 The amount of eSports tournaments has grown considerably from 2000, where only 10 tournaments took place, to 279 in 2008. Between 2008 and 2012, that number has grown exponentially, to 1151 eSports tournaments last year. Professional eSports gamers are making some serious cash, and there are more people than ever tuning into live streams, with 40,000+ in live attendance at some of these events. 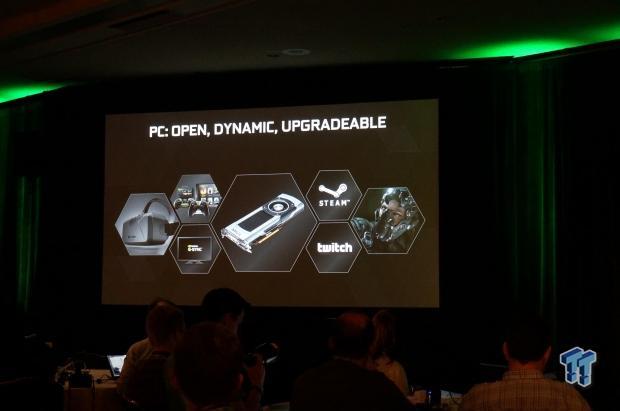 NVIDIA of course enjoys this, and attributes the love of PC gaming and its success due to the PC being "open, dynamic, upgradeable". On top of that, NVIDIA says it's because of the GeForce platform, which has the 'most advanced tech, most optimized, most innovative, and most scalable'.