Warner Bros. and DC have announced the release date for Batman: Arkham Knight, with June 2, 2015 to see two special editions released. The first is the Limited Edition, but the second sounds a bit nicer: Batmobile Edition. Both of the special editions will be made in limited quantities across the US, Europe, Australia and New Zealand. 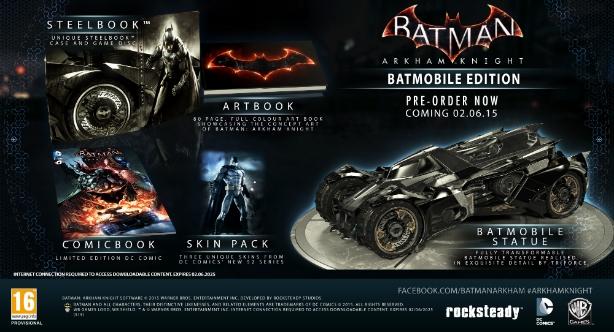 The Limited Edition provides an art book, SteelBook case and game disc, the Arkham Knight #0 comic, and exclusive skin pack with three The New 52 skins, and a Batman memorial statue. The Limited Edition will set back gamers $144 for the PS4 and Xbox One version, but on the PC, and limited to the European, Australian and New Zealand gamers, it will be priced at $120. 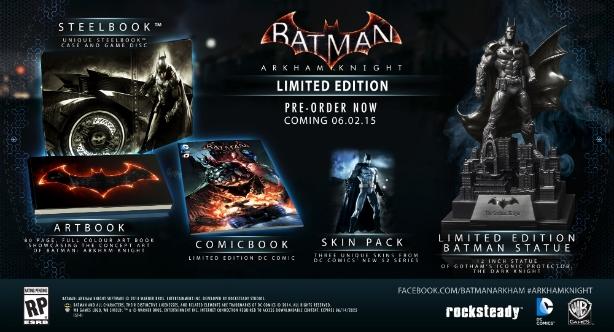 For $200, the Batmobile Edition is limited to consoles, and comes with everything that the Limited Edition version offered, but removes the memorial statue and replaces it with a transforming Batmobile statue.