Back in 1976 the iconic 'Star Wars' opening crawl - the text that dissolves into space in the film's opening, was a huge undertaking which was achieved with a series of models and props by Industrial Light and Magic and which was later replaced by CG text for the special edition versions. 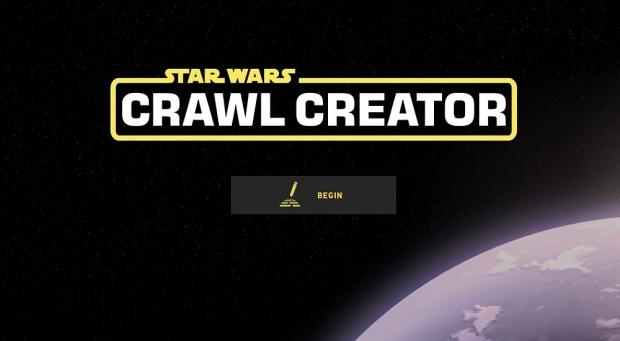 Today, Disney have launched an interactive HTML app which allows users to generate their own 'Star Wars' crawl, prefaced with the obligatory "A long time ago, in a galaxy far, far away" and share via social media.

The app can be accessed from the official site. 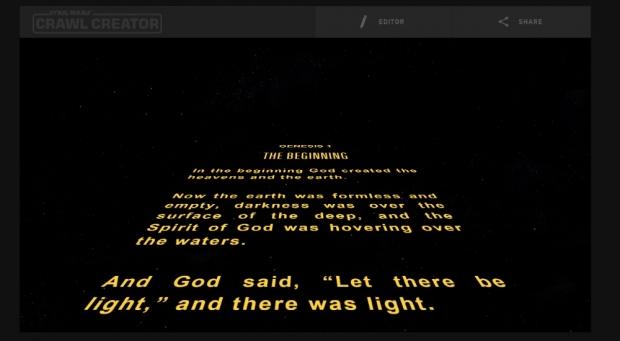 It's a very simple to use application, but it's a whole lot of fun. It's just a pity you can't extract a video from it, but there's ways around that of course.