One of the big downsides of the iPhone is the complete lack of expandable storage, with the biggest iPhone to date still being the 64GB model. But according to GeekBar's Weibo account, we could see a 128GB iPhone 6 according to a schematic they posted showing off the iPhone 6 with 128GB of NAND flash storage. 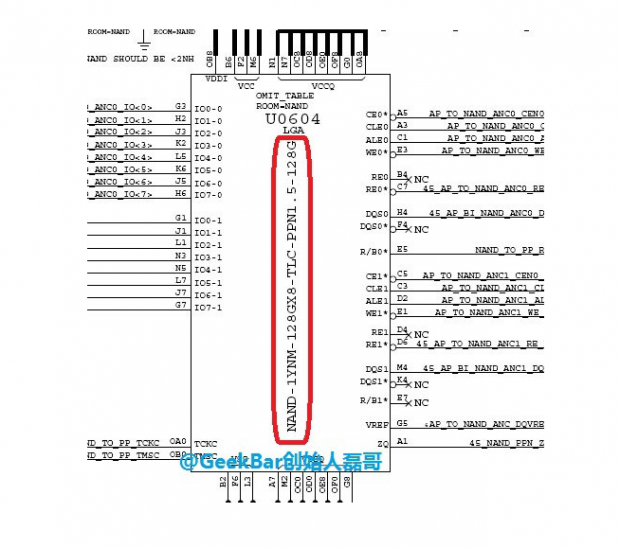 We can see that the NAND flash being used in this iPhone 6 is from Toshiba, with Hynix and SanDisk providing storage for the other models ranging from 16GB to 64GB with 32GB missing - which should raise some red flags. The next question is: will Apple charge more for the 128GB model, or unveil the 128GB iPhone 6 for the price that the current 64GB iPhone 5S sells for, reducing the other models to better compete with the likes of Samsung, OnePlus, LG, Sony and others?