It was only yesterday that we were reporting on Samsung's rumored VR headset, but now it is becoming much more real. VRFocus has unearthed a patent that the South Korean giant filed from last year, in August to be specific. 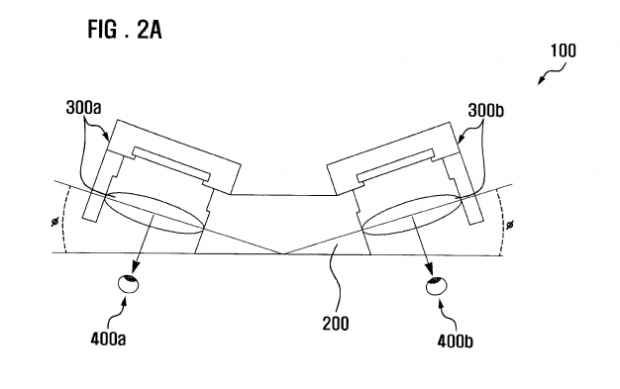 The patent describes Samsung's VR headset as 'a device that is worn by a user and displays an image in front of the user's eyes in a virtual reality system or an augmented reality system'. Samsung's VR headset will form a virtual image at a "predetermined distance" from the user, with images being created and blasted to each of the users' eyes. These two modules are also set at a "predetermined angle" in order to direct the users vision to a "target position".

Samsung specifically mentions the use of LCD and OLED panels, which could allow users to slot their smartphones into the VR headset, which would really change things up. The VR headset will still require a connection to a device, as this could just be a frame holder for the device. We did report that the VR headset would be Android-powered, but if you can slot in your Samsung phone - most of which are based on Android - then this would make sense.