Pioneer has announced that it will be among the first car audio names to bring support for Apple CarPlay to the aftermarket. Rather than having to buy a new car stereo to get CarPlay support, some existing Apple receivers will get CarPlay support via a firmware update. The updated firmware will be offered for five of the 2014 NEX in-dash multimedia receivers. 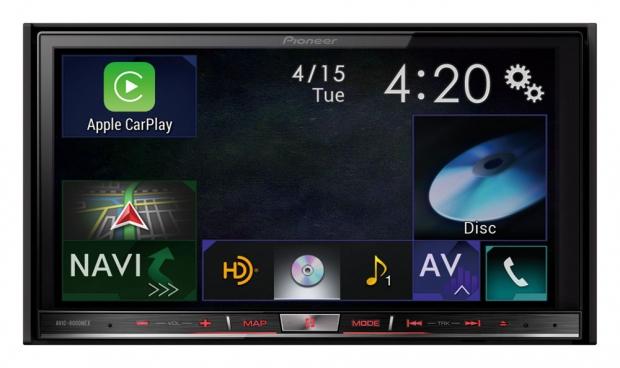 All five of those receivers have large LCD screens. CarPlay will add Siri voice control to the mix to let the driver use their phone while keeping eyes on the road. The five models that support CarPlay include the AVIC-8000NEX, 7000NEX, 6000NEX, 5000NEX, and 4000NEX.

Those units range in price from $1400 to $700. Pioneer hasn't said exactly when the update for the firmware will launch. All it has said on a launch date so far is in early summer.

"Pioneer's years of expertise integrating smartphone connectivity into the automotive environment has provided us the opportunity to be among the first to offer CarPlay to drivers," said Ted Cardenas, vice president of marketing for the Car Electronics Division of Pioneer Electronics (USA) Inc. "By providing an aftermarket option, Pioneer's 2014 in-dash multimedia systems give many iPhone owners the ability to add CarPlay to their current vehicles."