With its previous flagship CPU cooler, the massive NH-D14, being widely recognized as one of the best CPU coolers ever made, Noctua has once again released a larger-than-life tower cooler to aid in your CPU cooling needs. The all new NH-D15 elite-class dial tower CPU cooler features several major improvements over its predecessor that not only improves performance, but continues Noctua's goal of creating the quietest CPU coolers in the world. 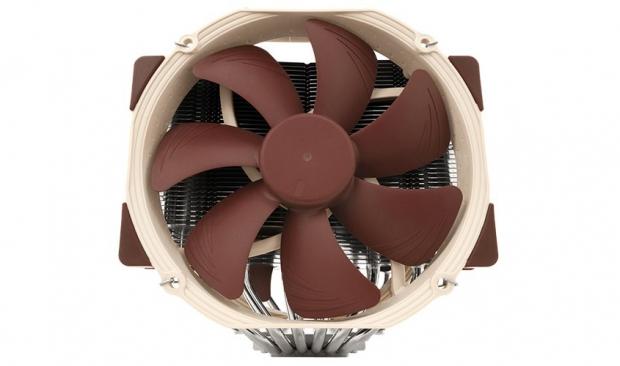 "Having convinced tens of thousands of quiet cooling enthusiasts around the globe, our NH-D14 has become a reference for top-tier dual tower heat sinks," explains Mag. Roland Mossig, Noctua CEO. "In the end, it took us more than three years of continuous development, countless thermal simulations and over hundred samples to come up with a substantial improvement in efficiency. Staying true to our policy of not releasing anything we're not 100% satisfied with, we had to accept some delays in order to squeeze out the last few percent of performance, but now we're proud to finally release the NH-D15 as a worthy successor to the venerable D14."

The new NH-D15's "fin-stack" has increased in size from 140mm to 150mm allowing the company to better space out the cooler's heat pipes. This wider spacing allows for a more uniform heat distribution over the entire finned surface. The NH-D15 features recessed lower fins that provides clearance for tall memory heat sinks while in single fan mode. Additionally, the NH-D15 ships with Noctua's NF-A15 premium fans and are PWM controllable for maximum system performance. The new flagship is expected to retail for $99 USD. 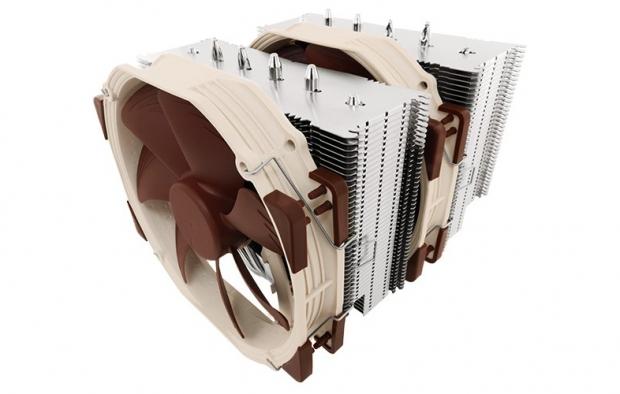