GTC 2014 - At the GPU Technology Conference, NVIDIA unveiled a few new technologies that could see us in a world of 8-way GPUs in consumer PCs within the next couple of years. 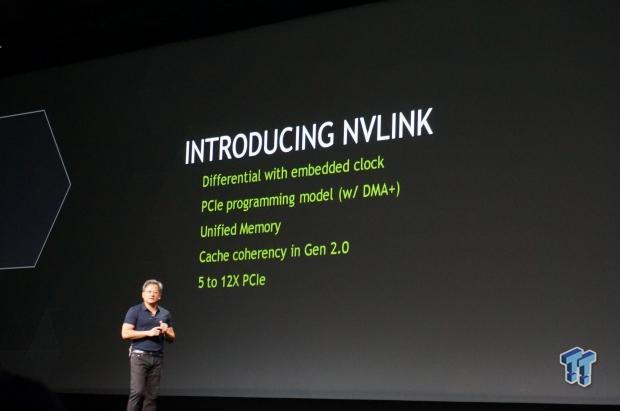 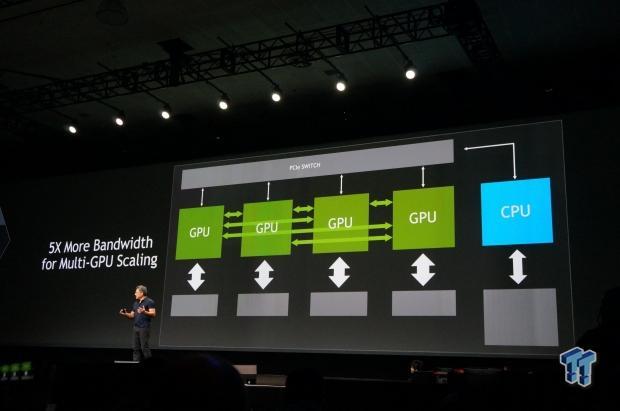 Right now, the limitations in place in the form of chipsets, PCIe bandwidth and power consumption simply don't allow this to happen. Starting with NVLink, which promises some impressive tech - such as 5-12x the bandwidth of PCIe, it could happen. 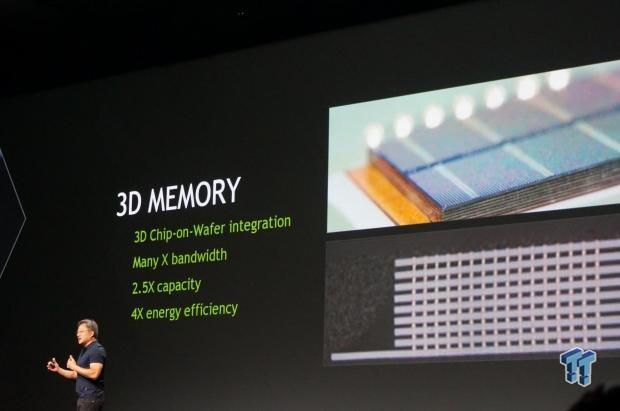 Then we have 3D Memory, another technology which could enable 8-way GPUs. We have incredibly fast memory bandwidth, much faster than what is available today, and it will only get better, and especially as it has 400% better energy efficiency. 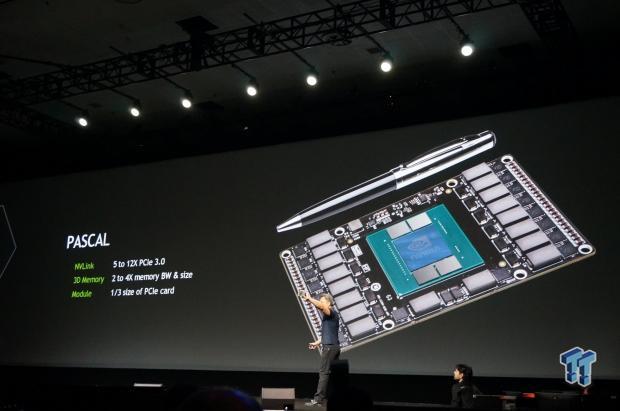 Then we have Pascal, NVIDIA's next-generation GPU. It combines NVLink and 3D Memory technology, while sprinkling some magical dust on top as it is only one-third the size of a PCIe card.

Now, putting all of these technologies together - reduced power consumption, physical size, 3D Memory and increased internal bandwidth - and you could have a winner. I asked NVIDIA whether we would see the restriction of four-way GPU setups removed thanks to these soon-to-be introduced technologies, something they said could definitely be possible.

I specially asked about 8-way GPU support thanks to the smaller GPUs, less thermals and power consumption, and it is something that is again, very possible. There's nothing concrete right here, but the world of 8-way GPUs has just opened up. Right now, the thought of this is not possible because we can only do it in two ways. 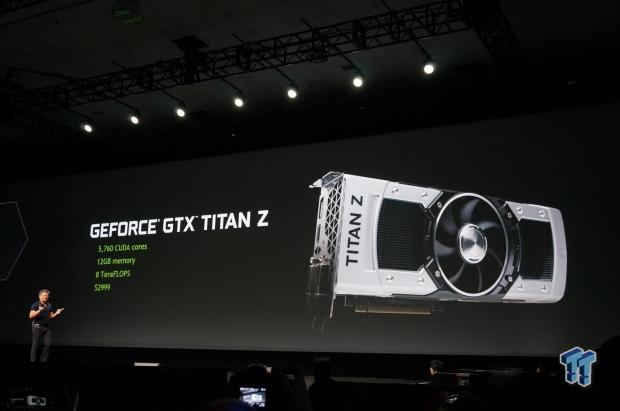 First, two dual-GPU cards, such as the new TITAN Z. Secondly, with four single GPUs, like the TITAN Black. This is because we're talking around ~300W per GPU, and for a four-way system, this is simply too much. Secondly, the PCIe slots are so close together, that heat becomes a huge factor on multi-GPU setups.

But with cards that are one-third the size... well, we could finally see a definitive answer to "but can it run Crysis".