If you are old enough to remember the 80's, you will recall the giant boom box radios that people carried around to listen too. Those things ate more D-cell batteries than a decent family could afford. Pyle Audio has announced the launch of a new product called the Street Blaster that is a modern interpretation of a boom box from the 80's. 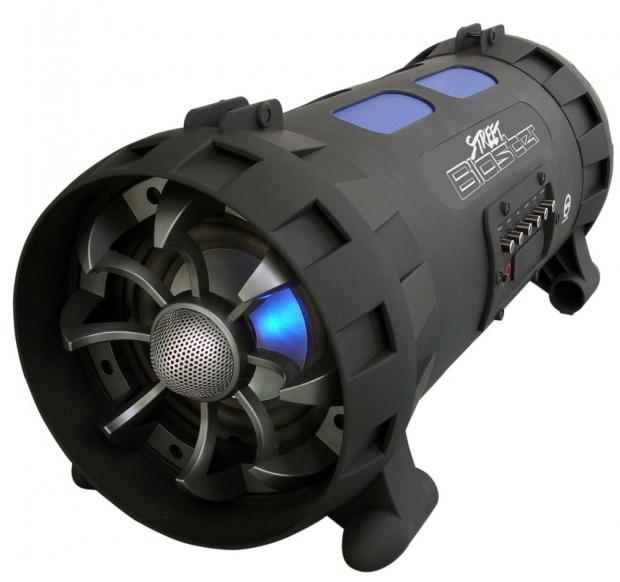 You don't get dual cassette decks in this thing. What you do get is Bluetooth, a guitar input, NFC tech, a rechargeable battery, and a 1000W amp. Pyle doesn't say how large the battery is, but I have to wonder with that much power and wireless features just how long the battery will last.

If you have a device that doesn't support playback via Bluetooth, the Street Blaster does have a 3.5mm input. It also has a microphone input as well. I would assume that to mean you can hook a mic to it and use it like a PA system.