I have been a fan of LEGO since I was a kid. I have started more than one brawl over the last set of LEGO wheels in my day. If you are a fan of LEGO and a fan of the long running science fiction show Doctor Who, you need to hop over to the LEGO Cuusoo site and vote right now. 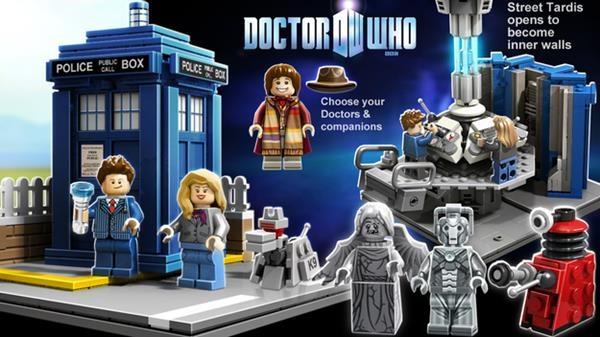 If you aren't familiar with the Cuusoo site, this is where people can submit unofficial LEGO designs for building kits and with enough support, they can become official kits. This is how the currently available Back to the Future Kits got their start.

A guy named Andrew Clark has designed a slick Doctor Who kit that needs 10,000 votes to be considered for the real-world. Clark designs video games for a living, but should add LEGO designer to his resume. The LEGO kit he designed has a tardis, Dalek, and a K9 unit as well. It will have two doctors to suit the tastes of fans of the old series and new among other things.

The designer also wants there to be two companion figures, but he is undecided who those companion figures should be. There is no guarantee that the kit will become official even if the 10,000 votes are received, but it might.