Superheroes are very hot right now. We can thank Marvel and its Iron Man and Avengers franchises for that. CW is a network that many cable and satellite providers offer and it has another cool show called Arrow that follows a comic book superhero. 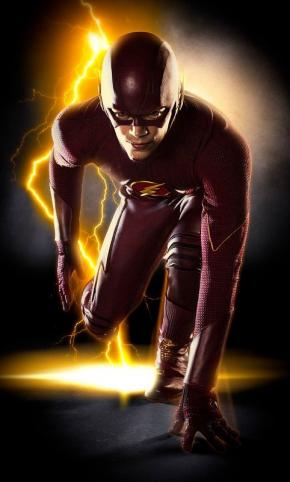 I happen to be a fan of that show, and if you are too you have been wondering what is going on with scientist Barry Allen after he was struck by lightning in that one episode of Arrow. Comic book fans know Allen is the later ego of The Flash.

CW is preparing a new series that will focus on The Flash with the same actor from Arrow that played Barry Allen, Grant Gustin, donning the red leather. CW has offered up a close up photo of the costume that The Flash will wear. Honestly, I'm not feeling the costume. It's a bit too cartoonish compared to the more gritty super heroes we are used to seeing.

CW's The Flash will be an origin story that goes into how Allen becomes the superhero. The Flash will be filmed as a normal pilot rather than a backdoor pilot. I'm not sure what a back door pilot is, I assume that has something to do with tying into Arrow.