Audi unveiled a system during CES 2014 that is able to connect with compatible traffic lights and give the driver a countdown on the dash showing when the light will turn green. Audi has offered some more information about the system, and the carmaker says that the system will save fuel as well. 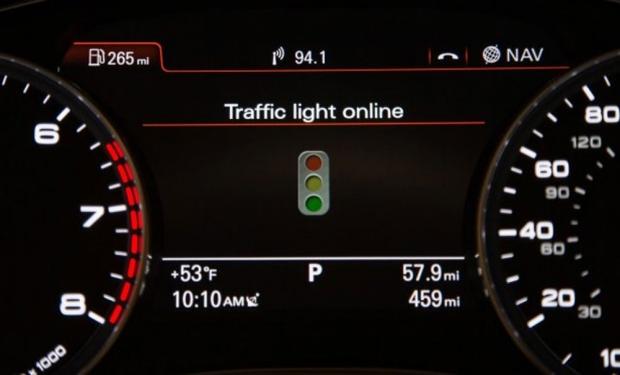 The way the traffic light recognition tool will help save fuel is by connecting with the start stop technology inside the car. The start stop system will leave the engine off until five seconds before the light turns green. Audi figures that the system could save about 240 million gallons of fuel if it was in wide use.

The system could also cut emissions by 15%. If you are wondering why the engine starts five seconds before the light turns green when most start-stop systems can start an engine in less than a second, the 5 seconds is meant as a reminder to the driver to get ready to drive.

The traffic light recognition system is in testing now and there are a number of lights in Las Vegas that support the tech. Testing is also underway in other countries. The tech may roll out to a wide audience in the US later and it uses the Audi connect system. Cities would have to make the lights compatible with the system.