One of the cool things about Dish Network is that with its Hopper Whole home DVR system you can watch your favorite shows from anywhere using apps. The apps let you catch up with shows you miss on the road and were previously offered for Android and iOS devices only. 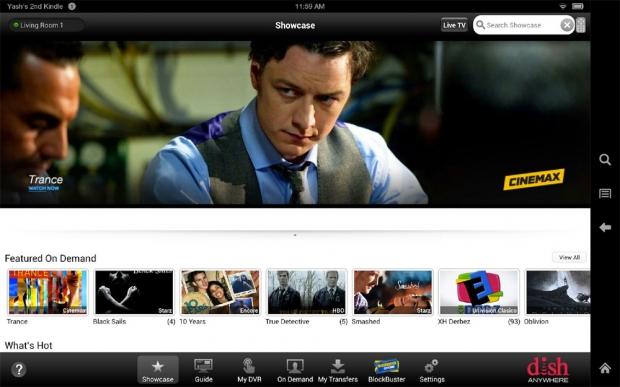 Dish has announced that it is now supporting another popular platform with a new Dish Anywhere app that has just launched. The app is now available for the Kindle Fire HDX line of tablets. The app is available now on the Amazon Appstore.

The app gives Kindle Fire HDX tablet users the ability to watch their DVR recordings, TV programs, and on demand titles away from home. The app only works with the Hoppe DVR that has Sling built-in. The app will work when the table is connected to Wi-Fi or mobile broadband.

"After launching the newest version of the pay-TV industry's only all-in-one app for remote television viewing earlier this year, we have delivered on our promise to extend the app's availability to Kindle Fire owners,"� said Jimshade Chaudhari, Director of Product Management at DISH. "By offering DISH Anywhere to this new group of tablet owners, we continue to show that we are dedicated to the expanding mobile market by allowing our customers to watch everything, anywhere no matter what mobile device they are using."�