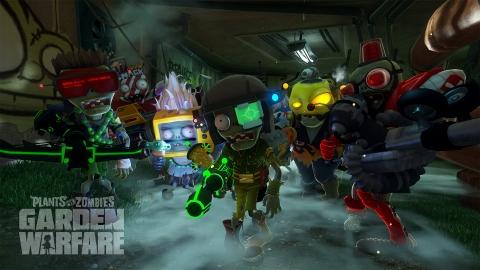 PvZ Garden Warfare is now available for gamers on the Xbox 360 or Xbox One to purchase as a download. PopCap says that the PC version of the game will come later. Exactly how much later PC gamers have to wait is unknown.

The game has several multiplayer modes including two different 12 v 12 modes. Those modes are Garden & Graveyards and Team Vanquish. One of the coolest parts about Garden Warfare is that the player can choose to be a zombie or a plant. The mobile games always put you in the plants camp.

The game will also have a Garden Ops mode supporting four-payer cooperative play. Other features include a Boss mode and local coop split screen mode for two players on one system. You can download the game now; let us know what you think.