AT&T has recently filed for a patent that would institute a credits-based system. The new system is designed to allow AT&T to lower the bandwidth allotment for file-sharers, but the implications of the patent go much further than that. The new patent could have a chilling effect on content distribution networks, including Steam, Origin, and Netflix. 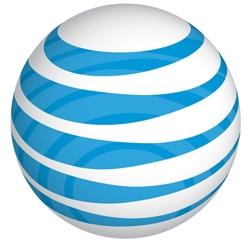 The patent, titled "Prevention Of Bandwidth Abuse Of A Communications System", would theoretically allow AT&T to create Internet plans that would only allow access to certain sites or protocols. The patent has a brief description:

Of course, TweakTown doesn't condone illegal file sharing, but bittorrent protocols are an excellent way of sharing perfectly legal files. If AT&T is unable to distinguish between legal and illegal torrents, all of the bittorrent protocol could end up costing users credits. Once a user is out of credits, the patent details several ways that AT&T could take action:

Various restriction policies also can be applied, such as levying additional fees and/or terminating the user's access to the channel. Also, incentives can be provided to entice the user [to] curb the misuse.