Unfortunately for Xbox 360 users who use their console as a U-verse TV receiver, you will no longer be able to use that service. AT&T is informing their customers that they will no longer have the IPTV support for the Xbox 360. AT&T says this will come in affect after December 31st. 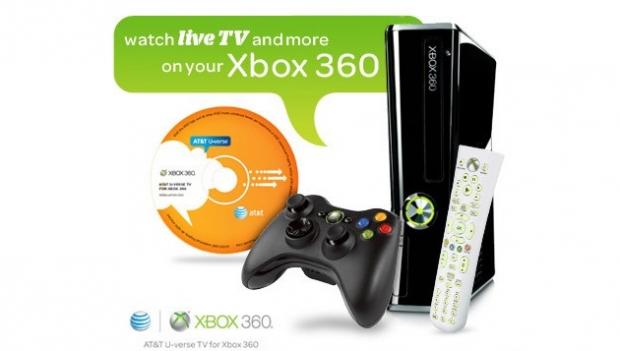 Users will have to order a traditional U-verse receiver but 360 U-verse users will at least get a $99 credit in return of their troubles, according to AT&T it was originally going to be a $60 credit but they decided to make it $99. It doesn't look like they will be transferring the service to Xbox One either.

We are writing to share important information regarding your Xbox 360.

We will be discontinuing the Xbox 360 as a supported U-verse receiver after December 31, 2013.

A previous communication referenced that you would need to purchase an Xbox 360 Gold membership for your Xbox 360 to work with U-verse service. We were planning to issue a $60 bill credit to cover that cost. We will now be issuing a $99 bill credit, which includes the $60, on your U-verse bill within one to two billing cycles.

If you would like to order an additional receiver to replace your Xbox please visit att.com/myatt or call us at 800.288.2020 for assistance.

We apologize for the inconvenience.

Thank you for being a valued U-verse member.