Apple broke some new ground with its iPhone 5S, with the included A7 processor being 64-bit capable. Samsung is the company who manufacturers the chip for the Cupertino-based giant, who is now preparing its own 64-bit SoC. 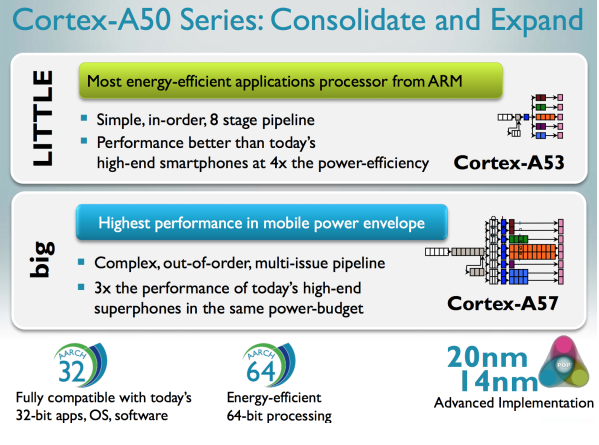 The new Exynos 5430 SoC is reportedly in an advanced stage of development, and will be 64-bit capable. This will help in more ways than one, and will push up the maximum memory supported by leaps and bounds, too. Samsung's new Exynos 5430 SoC is based on the ARM Cortex-A50 architecture, which is much more efficient and capable of processing more complex calculations, resulting in improved performance across the board.

The new chip will also support DDR4 memory, which should be very interesting when it hits mobile devices. Samsung will feature the new super-powered SoC in its upcoming Galaxy S5 smartphone.