For more than two months now, we have been hearing rumors and watching leaks appear on a 6-inch phablet from Nokia, and today the company finally put an end to it all by releasing the Nokia Lumia 1520. The device features a 6-inch, 1080p screen that is made out of Gorilla Glass 2 for added impact and scratch resistance. 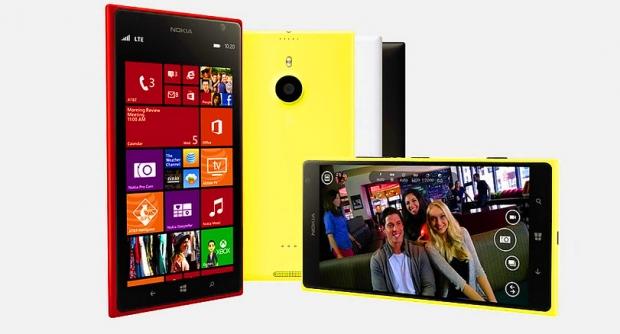 The Lumia 1520 is every bit of what a high-end phablet should be as well and features hardware that is powerful enough to do anything shy of hardcore 3D gaming. Inside the Lumia 1520 is a quad-core Qualcomm Snapdragon 800 processor clocked in at 2.2GHz with 2GB of RAM backing it up. A 20-megapixel PureView camera is present on the back and features a BSI f/2.4 Zeiss lens with optical image stabilization.

The new Phablet runs the latest version of Windows Phone 8 and features the recently released GDR3 update installed from the factory. The phones outer shell is constructed of recycled polycarbonate and is available in a vivid yello, red, black and white. Nokia has managed to up the microphone count to four and now offers stereo audio recording for a truly immersive video experience. The phablet houses 32GB of internal storage and can be upgraded to 64 via the included microSD slot.

A 3,400mAh battery is present which should keep the device powered up all day and the 1520 supports Qi wireless charging if the adapter plate is installed, something Nokia will release at a later date. Nokia says that the estimated MSRP for the Lumia 1520 will be around $749 before taxes and subsidies and will begin arriving on retail shelves later this quarter.