Fujitsu has just unveiled its latest notebook, the Lifebook U904, which features a 14-inch IGZO panel and a super-high resolution of 3200x1800. There are two models, one with a glossy panel and touch input, and the second is an anti-glare panel without touch capabilities. 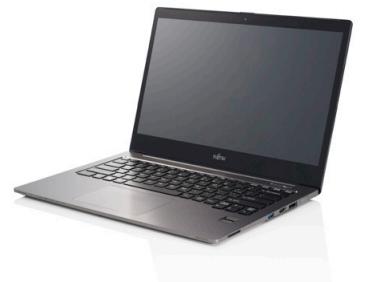 The Lifebook U904 is powered by Intel's Haswell range of processors with Intel HD Graphics 4400 powering the graphics side of things. We have it weighing in at 3.06 lbs and a thickness of 0.61 inches. Fujitsu claims that its Lifebook U904 is the "world's thinnest 14-inch ultrabook." There's a choice of an SSHD or SSD for storage, USB 3.0 and HDMI connectivity are featured, as well as optional LTE wireless which is a nice touch.

You can grab the Lifebook U904 from Fujitsu's online store starting from $1,999 which comes with a glossy touchscreen and 320GB SSHD. Windows 8.1 is featured, so you shouldn't expect to receive the Lifebook U904 until after October 17.