Intel has a strange age-related by-law, that requires all corporate officers to be aged 65 or under. This has forced Intel's Chief Technology Officer, Justin Rattner, out of his position as he is now 65 years old. 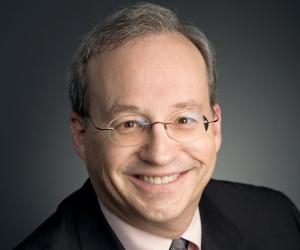 Rattner joined the company in 1973, becoming Intel's first Principal Engineer in 1979, the fourth Intel Fellow in 1988 and one of the first Intel Senior Fellows in 2001. He has participated in more Intel keynotes than any other Intel presenter, and has four important patents with his name stamped to them: a data processing system; a hardware scheduler/dispatcher for said data processing system; an interprocessor communication system, and a programmable I/O sequencer for use in an I/O processor.

Rattner will step down from his position with Intel Labs, and report to Intel's President, Renée James, in the meantime. It has worked out well, as his departure is straight away, with Intel stating that a "pressing family matter" has happened, and he needs to take an unspecified amount of personal leave from Intel. Upon his return, he will be an a non-officer role.