Computex Taipei 2013 - We learned today that Plextor has dropped any immediate plans to release the 2.5" TLC model shown at CES 2013 and CeBIT 2013. Citing endurance concerns, a Plextor rep stated to TweakTown that the TLC model shown at previous shows has been shelved. "With Toshiba's new 1y NAND flash we can meet the same or better price point and not [have] issues with endurance." 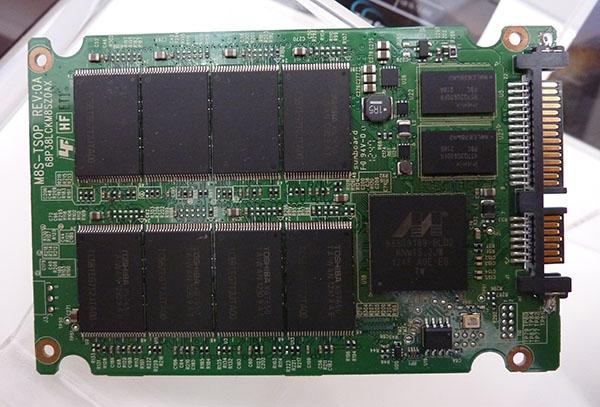 The product in question used a Marvell 88SS9189 controller with Toshiba TLC NAND, lithography unknown. In 512GB capacity size, the rated performance was 540MB/s sequential read and 465MB/s sequential write speeds. The quoted IOPS performance was 80K read and 72K write, 4K aligned. These numbers are significantly higher than Samsung's 840, especially the write performance. Allowing TLC NAND to write at those speeds would have been an issue since TLC has lower PE cycles than MLC NAND.

The buzz around the show is that 1y will change the SSD market from a price perspective. Also, new controllers are emerging that can scale beyond 512GB and new interfaces that work over PCIe will mean moving beyond the limits of SATA III. These new products should start hitting e-tail stores in 3Q.