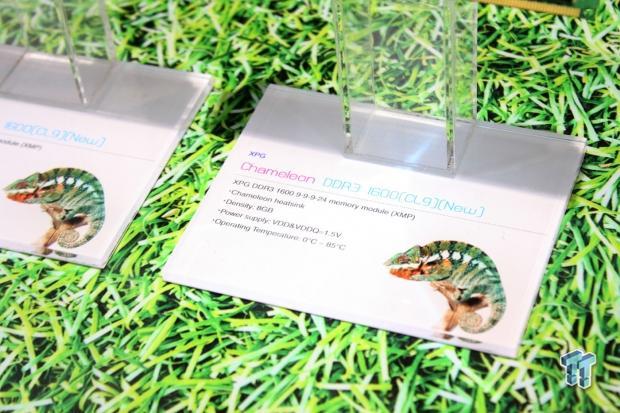 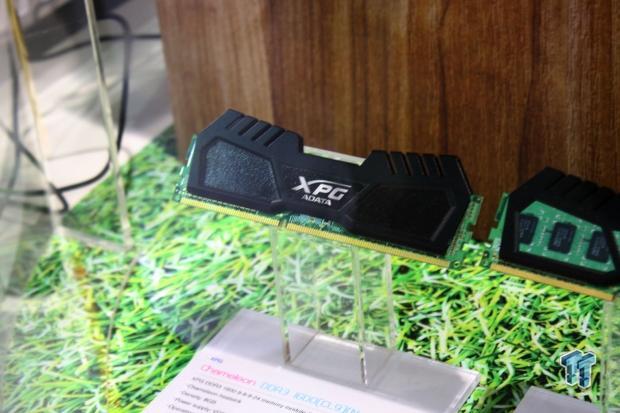 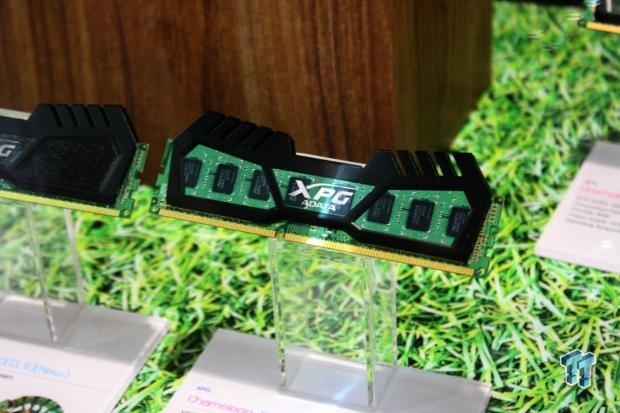 Depending on the heat being generated by the modules we can see that the heatsink design color changes; much like a chameleon, hence the name. On the left you can see what the kit looks like normally while when we're up and running a little warmer you can see the difference on the right hand side. This is something very cool and we're looking forward to taking a closer look at the kit. 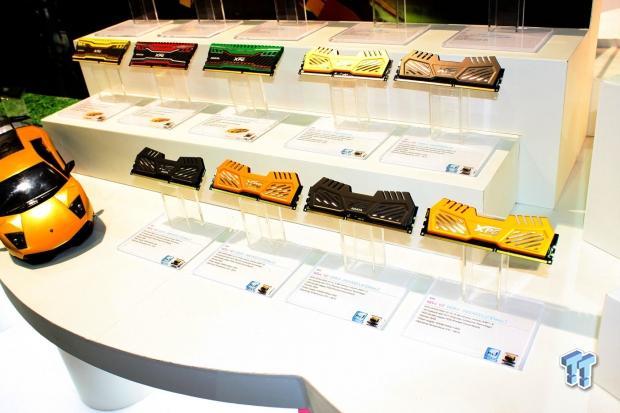 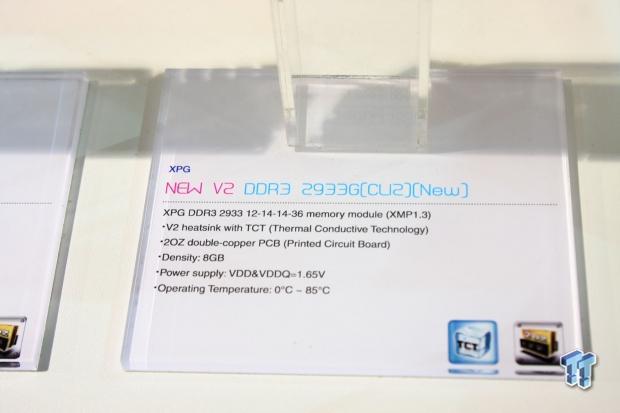 Along with the new Chameleon series kit of RAM we've got the new V2 XPG modules on the right hand side and across the bottom in a number of colors with speeds coming in as high as 2933MHz DDR at 12-14-14-36. 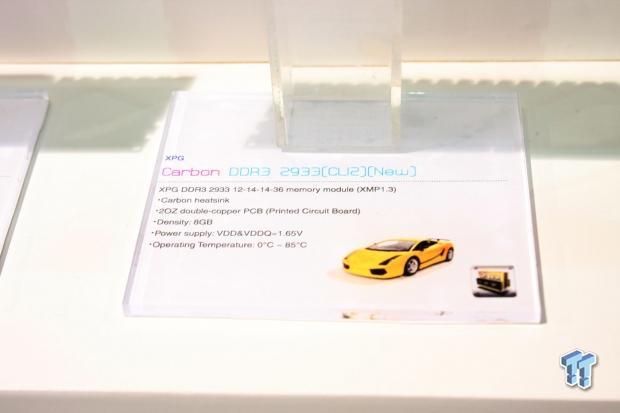 Along with that we've got the new Carbon series offering speeds also up to 2933Mhz DDR with a 12-14-14-36 setup. Designed to resemble a sports car, we have to say the new series looks pretty cool. We'll no doubt see both kits sometime soon at a number of different speeds so keep an eye out.