Computex Taipei 2013 - This morning we got the chance to head over to the EVGA Suite at the popular Grand Hyatt to check out some of the latest offerings that the company was going to be offering us in the coming months. Working hard recently to become a competitor in the extremely tough motherboard segment we saw EVGA show off a number of upcoming motherboards based on the new Z87 chipset that was just released by Intel over the past weekend. 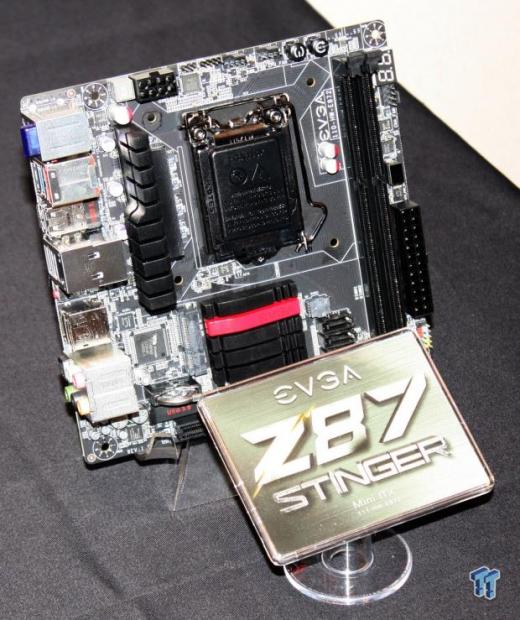 The first board we saw was the upcoming Z87 Stinger based on the Mini-ITX form factor which we saw sitting in the new Mini-ITX barebone system that EVGA had just launched. In Typical Mini-ITX fashion there's not a whole lot to the motherboard due it's small nature. Looks wise it's pretty nice, though, with the black PCB and red highlights which is very typical EVGA. 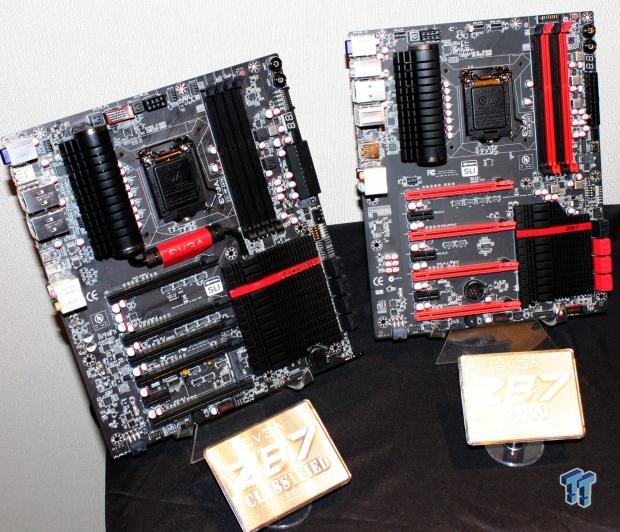 Moving away from the Mini-ITX based board we had a look at two of the larger options from the company which include the Z87 FTP which is the more mainstream board while users looking for something a little more powerful will indeed be eyeing off the Z87 Classified. 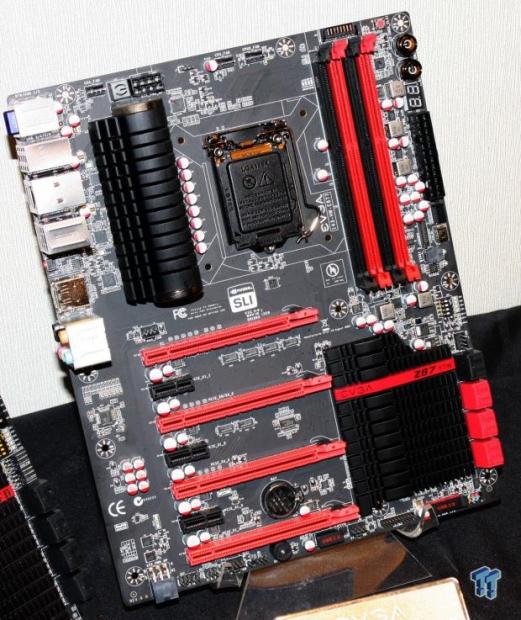 Following the same black and red setup that we saw on the Z87 Stinger, the Z87 FTW looks great and looks to offer a fairly standard setup when it comes to features. You can see eight SATA ports towards the bottom right corner while towards the top right you can see we've got a power and reset button. We've got a pretty strong looking heatsink around the CPU area and a nice clean area that shouldn't have an issue with any heatsinks. 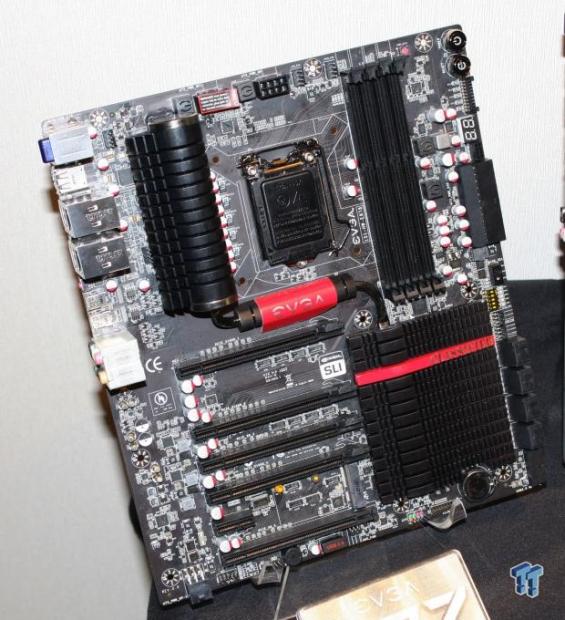 The slightly larger Z87 Classified drops a lot of the red highlights and offers a much larger heatsink setup which covers a PLX chip to help expand the number of PCIe lanes that are on offer. For enthusiasts who want to jump on the new Z87 chipset and want to make use of a serious video card setup, this is indeed going to be one of the boards you'll keep an eye out for. 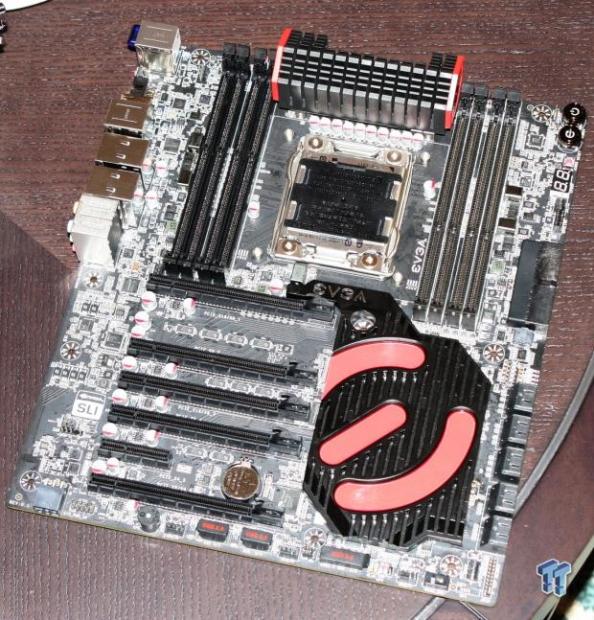 While the Z87 might be the new flavor of the month we continue to know that anyone looking to build a system based around the most powerful components in the world will indeed want to be looking at the X79 chipset. Not forgetting about enthusiasts around the world the upcoming X79 Dark from EVGA offers a 12 Layer PCB, improved cooling and overclocking features, redesigned CPU VRMs, the best industry IR power stages for efficient power to your CPU along with 4-Way SLI support on this E-ATX based motherboard.

While we had managed to have a quick sneak peek at it a few weeks ago; we also got a chance to check out the new UEFI BIOS design that EVGA has been working extremely hard on. Across the top you've got some of the main highlights including voltages, temperature and clock speeds to name just a few things. Across the bottom you can see a very standard setup when it comes to options. As always if you're in this area you'll no doubt find yourself in the overclocking section. 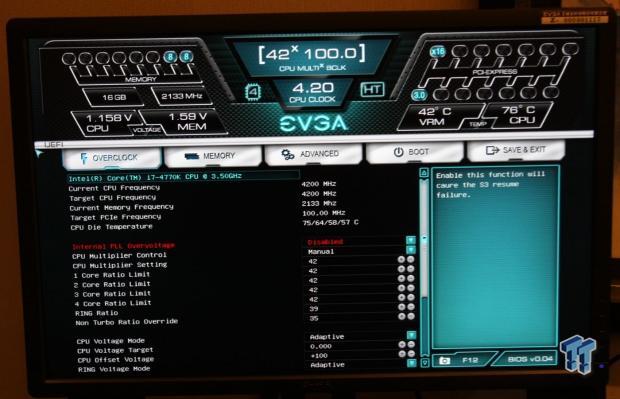 While as always the ability to use the mouse is available to navigate, most people will probably find themselves using the keyboard to move through quickly. It has to be said that the performance of the BIOS is extremely good and navigating throughout the BIOS is both easy and fast. We'll see this BIOS on all the upcoming Z87 boards and the soon to be released X79 Dark. When it comes to previous motherboards, we were told it would depend on time constraints. EVGA has indeed had feedback from customers who would love to see the updated BIOS offered on older boards.