Brian White, an analyst at Topeka, has issued a new research note with some thoughts on what to expect from what the analyst is calling the iPhone 5S. White expects Apple to release the iPhone 5S this summer. 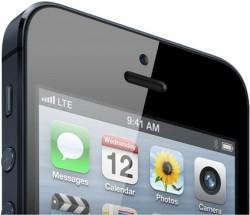 White also touches on the subject of a cheaper iPhone that will be released this summer, where he says:

Strangely enough, the lower-priced iPhone is still being called the "iPhone mini"; however, the general consensus (albeit a few disagreed and expect a slightly smaller screen) was that this new device would actually have the same screen size (i.e., 4-inches) as the iPhone 5. However, the "iPhone mini" will have a curved back casing made of colored plastic and will be thicker than the iPhone 5. We also learned the pricing could be a bit higher than our recently raised expectation, reaching as high as $400.