GDC 2013 - The Game Developers Conference in San Francisco is well under way, with some details on Sony's upcoming next-gen console, the PlayStation 4. 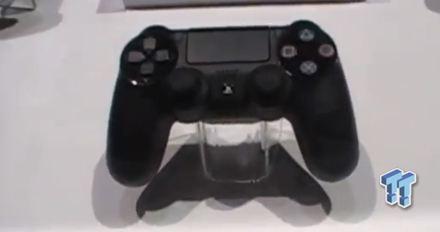 Starting with the PS4's Eye motion camera, which comes with a tilt sensor so it can tell when a player is facing in the wrong direction, or if the camera itself has fallen off of your TV stand (or wherever you choose to place it). The PS4's Blu-ray drive is set to be 3x faster than the drive found in the PS3, too.

The Remote Play functionality will be improved between the PS4 and Vita, with Sony senior staff engineer Chris Norden saying it is "much better". This is most liekyl thanks to the PS4's internals, as well as it now being powered by Gaikai. It will display games at the Vita's native resolution of 960x544, which is nice to see.

Finally, the DualShock 4 controller can continue to charge even if the PS4 is turned off.