Mac has finally gotten access to the online multiplayer game League of Legends. The game was originally released for Windows back in 2009 and has grown in popularity ever since. If you already play League of Legends, you can download the open beta for Mac, or you can sign up for an account on their website. 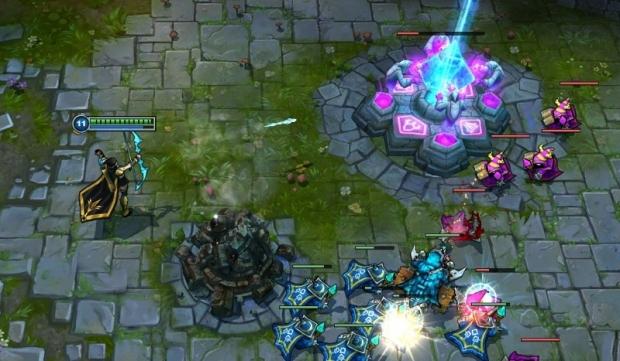 Going native on Mac has been a big goal for us, and we're really excited to offer the same experience across both platforms. And just in case you're still skeptical, we managed to wrangle an endorsement from this business-savvy professional. We're confident you all know that this man games as he pleases!

The Mac client does everything that the PC client does, meaning you'll get all future features, bug fixes and new content on the same schedule as PC players, but on your native OS. The Cross-Platform team will also continue working diligently to smash any Mac bugs that surface during the open beta.

League of Legends is popular among gamers and eSports enthusiasts. There are numerous events streamed live, each viewed by thousands of people. Prizes for the events can run up into the millions, so it's somewhat interesting that it has taken so long to get it onto the Mac platform.