It looks as though we may soon be able to go to our local Google store to check out the company's latest technology offerings. While it will likely be structured a bit like the Microsoft stores in that they feature other companies' hardware, the stores will allow Google the chance to offer hands-on experiences of their own devices, such as the Nexus 4. 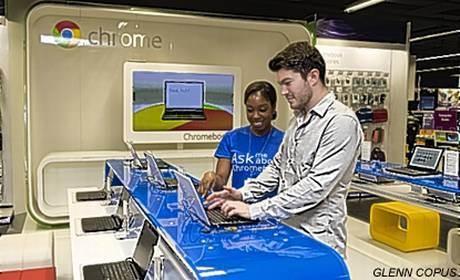 The report comes from 9to5Google who cites "an extremely reliable source." They say that Google is planning to have the first of its retail stores open by year's end in major metropolitan areas. These stores will be a bit different than the current Chrome store-within-a-store that Google currently has in Best Buys.

The idea for Google retail stores is said to have come out of plans to take Project Glass to the public. Google felt it would be hard to sell a device that will retail for $500-$1000 without offering a try-before-you-buy opportunity. The retail stores will also give Google a chance to demonstrate other products, such as Chromebooks and driverless cars.