Google's $199 Nexus 7 tablet is barely even available and the team at iFixit have torn one apart and looked around inside the tablet. Nexus 7 is just a millimeter thicker than Apple's iPad, but that 1mm can make a huge difference when it comes to repairability according to iFixit, who gave the Nexus 7 a score of 7 out of 10. 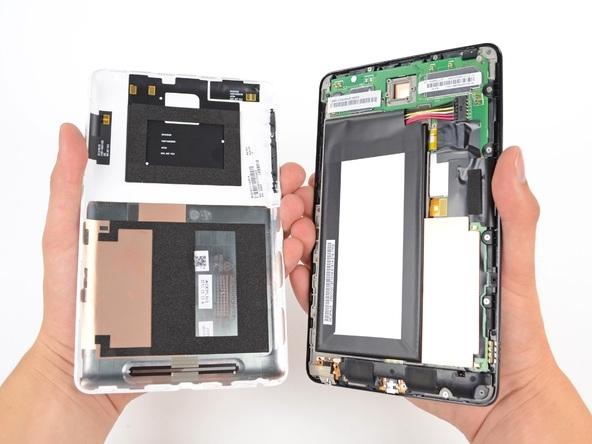 To compare this against other popular tablets, Apple's iPad scores a repairability score of two out of 10, Amazon's Kindle Fire scores an eight, and Barnes & Noble's Nook Tablet takes home a six out of ten. iFixit said in their report:

iFixit notes there are 21 steps to check out the Nexus 7 naked: