Samsung's next GALAXY phone is shrouded in so much secrecy, it's now being compared to Apple's paranoia-like state of hiding its next-gen products. But, it's for a good reason, Samsung probably knows their next GALAXY phone will be the biggest competitor to Apple's unreleased new iPhone, and doesn't want anyone getting the jump on them. 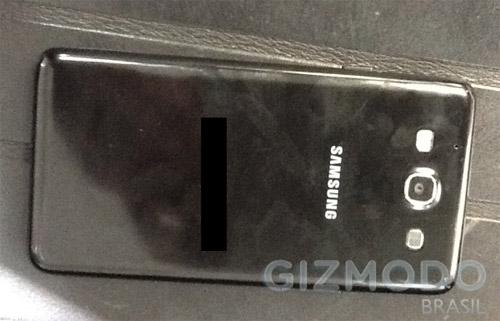 A news tip to The Verge has said that the test units are being put in generic enclosures that disguise the look of the smartphone for field testing. One of these examples was spotted by Gizmodo in Brazil (pictured above) and is reportedly "not even close" to the final look. It's also being reported that none of the photos or renders to-date have been accurate, said The Verge's insider. This insider also added that the final name wasn't available, which we already knew.

They also said that it should sport a 12-megapixel camera, but this is not verifiable. Disguises might not be new, but the lack of leaks is. This is new territory for the once not-camera-shy Samsung, where they usually have leaks months in advance, and leave the official release for the confirming of the final details of the product itself. We also had a no-show at the Mobile World Congress in February, which was weird, but Samsung are probably saving all of the surprises for their May 3 event.