Today is a good day for storage geeks. Intel released their new 330 series solid state drives and Western Digital has released this monster of a drive. This new addition to the VelociRaptor line of hard drives brings a 1TB drive into the 10,000 RPM range. This is the single largest drive that operates at 10,000 RPM. 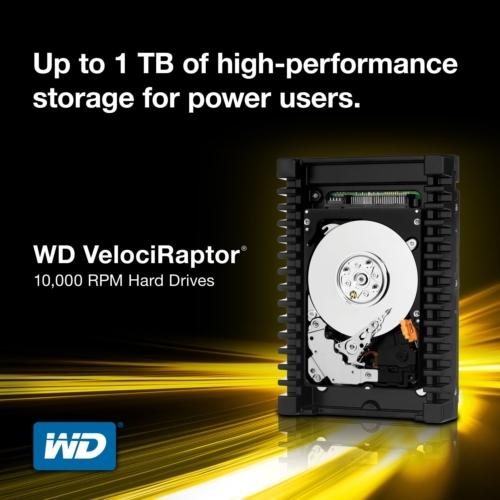 "WD is committed to providing customers with the best performing and most reliable SATA hard drives and our WD VelociRaptor family of drives underscores that promise," said Darwin Kauffman, vice president and general manager of WD's enterprise storage. "With ever-increasing demand for greater capacity, the new 1 TB WD VelociRaptor drive delivers the ultimate combination of speed and storage for the power user."

Features of the new drive include: