NVIDIA are mere days away from releasing their Kepler-based GEFORCE GTX 680, but there is still secrets that are leaking through the cracks. It seems that NVIDIA could have baked a new anti-aliasing (AA) algorithm into the Kepler family of GPUs. 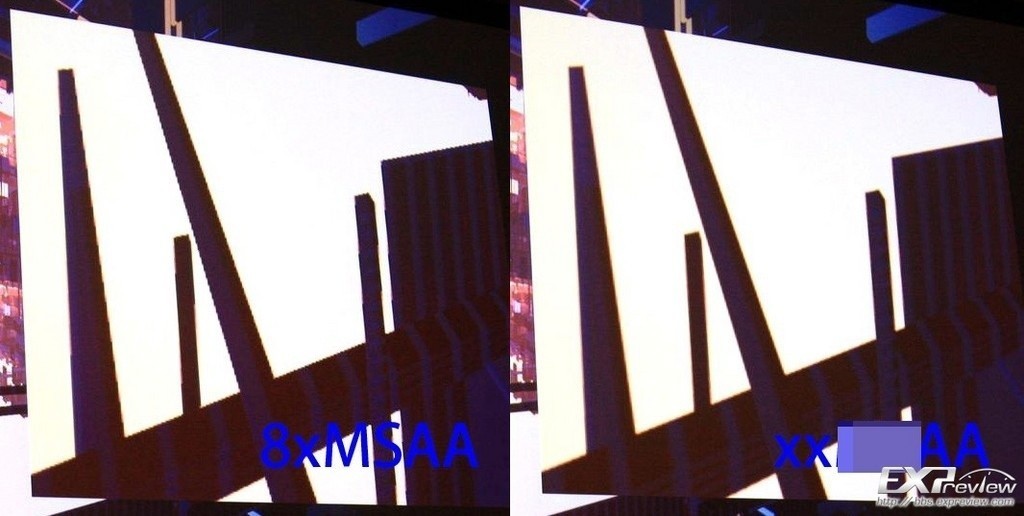 There are plenty of different forms of AA, including FXAA, which have enabled higher levels of image quality, all while not being as taxing on the GPU as MSAA. This leaves one area to improve, to offer better image quality (IQ) while lowering the performance penalty when its enabled. According to the above screenshot, which is rumored to be sourced from NVIDIA's GeForce Kepler press-deck, the new algorithm is compared to 8x MSAA, where it gives superior image quality.

We all know that 8x MSAA is not easy for a GPU and definitely takes an arrow to the knee in terms of performance degradation for a GPU. But, this new screenshot shows us an anti-aliasing method that does indeed look taxing, but if NVIDIA has rubbed their genie lamp, we could expect some amazing AA, where it won't be too taxing on the GPU itself. The latest NVIDIA rumor showed that when Battlefield 3 was running its AA, it had some stellar performance.