Skyrim is only 2 weeks away and Bethesda have just confirmed the system requirements for the upcoming title. The requirements aren't too bad, but they're a tad higher than the 2006-based Oblivion, so if you're still chugging along on older hardware and want to get the most out of Skyrim, you might want to start an upgrade, now. 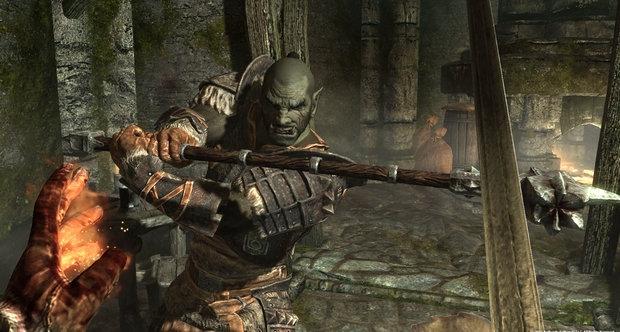 Bethesda marketing man, Pete Hines, confirmed these on Twitter and also explained that the minimum specs "gets you playing", while recommended will let you play with the graphics set to "High", and if you want to rock on with "Ultra" details, Peter says you'll want a "beefier rig". Also, Skyrim is a Steamworks title, so you'll require an Internet connection to activate retail copies, or to download it digitally.