The iPhone 5 is slowly getting more details leaked about it and it was only last month that the design specification which claimed to be for the iPhone 5 leaked out from Chinese case manufacturers. Now we're seeing some proper mock-ups from 3D modelling software and the iPhone 5 seems to be a slight change over the iPhone 4 and even features some Samsung Galaxy S II-esque designs.

As you can see from the above picture, the iPhone 5 could be thinner and have a larger display. It also sports a larger home button and dives away from its usual circular design to more of a rectangle shape, ala the Samsung Galaxy S II. For all the bitching Apple did with Samsung "copying their design", you would think they would not use a home button that resembles the second- most powerful smartphone maker in the world's phone. Tsk, tsk, Apple. 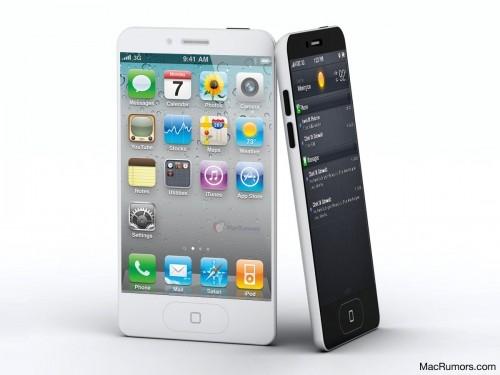 Rumor has it that the new, larger home button could be used for finger-gestures, that would allow users to quickly switch between multitasking apps. The bigger screen size will be welcome as iOS 5 features a "swipe-down" notification system that is strikingly similar to Google's Android notification bar. The extra screen space would be nice as it would allow a user to drag from top to bottom easier.