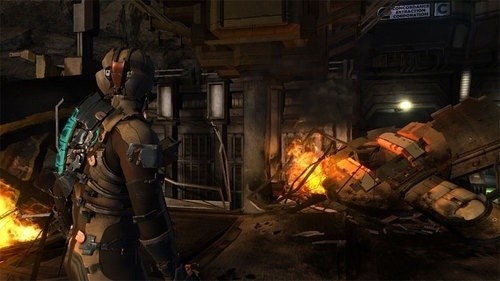 Unfortunately, no PC demo will be released. EA and Visceral have been kind enough to get their scares in before Christmas for the consoles with Dead Space 2 making it's debut on the Xbox Live Marketplace worldwide on December 21 with a PlayStation Network release the same day but for North America only. European PS3 owners will have to wait an extra day.

The Dead Space 2 demo starts off with Isaac discovering the Church of Unitology, trying out some new weapons such as the Javelin gun and also trying on a suit equipped with boot jets that give Isaac 360 degree in Zero-G - sounds pretty good, hey?

"The holidays are a great time to enjoy all forms of entertainment, and we can't wait to give horror and action adventure gamers a taste of what awaits them in Dead Space 2," said Steve Papoutsis, Executive Producer of the Dead Space franchise. "Releasing the demo five weeks before launch will not only re-connect players with our hero Isaac Clarke, but will also give them the opportunity to experience firsthand various jaw-dropping scenarios. It's gonna be awesome"
NEWS SOURCE:kotaku.com.au