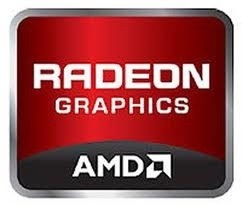 Dave started off saying there were some changes in the Catalyst drivers to coincide with the HD6000-series release GPU's, in which image quality was a big part of. At the center of all of this is the Catalyst AI - which controls a large range of settings via a single slider.

Responding to the feedback, the above mentioned slider has been divided into a number of different settings in the latest release - giving users more control. One of the new additions was a slider to control texture filtering which has settings for "High Quality", "Quality" and "Performance".

High Quality turns off all optimisations and lets the software (or game) run exactly how the developers intended it to. Quality (now the default setting) applies some optimisations that AMD believe (after some serious testing, benching and IQ comparisons) will maintain the integrity of the image while increasing the application (or games) performance. Last of all, Performance mode applies even more of the above optimisations to squeeze more frames but risks degrading the IQ just a bit.

Dave did acknowledge that various sources had noticed visual degradation when running particular games and benchmarks. He said that the algorithms that the drivers run (most notably anisotropic filtering) are very complex and despite AMD's best efforts the image wasn't going to be perfect 100% of the time - even on default settings.

The point he pressed was, in the opinions of the entire driver development team is that the default settings and the optimizations that go along with it still offer the best performance with no noticeable drop in quality for the vast majority of users, for the vast majority of the time. For those experiencing issues - there is always the included High Quality mode which should give a picture-perfect result.
NEWS SOURCE:hexus.net