All NewsBusiness, Financial & LegalCases, Cooling & PSUContests & GiveawaysCPU, APU & ChipsetsDealsDisplays & ProjectorsGamingMotherboardsScience, Space & RoboticsStorageVideo CardsVirtual & Augmented Reality
All ReviewsAll ArticlesAudio, Sound & SpeakersCases, Cooling & PSUCPUs, Chipsets & SoCsComputer SystemsDisplays & ProjectorsGamingMotherboardsNetworkingPeripheralsStorageVideo Cards
GuidesGamingAsk the ExpertsNewsletterAboutForums
RTX 4090Windows 11Halo InfiniteBattlefield 2042Elon MuskGTA 6RTX 3080HDMI 2.1
Cases, Cooling & PSU
Bitfenix pulled the wraps off its sweet Colossus case a while back and it was one of the coolest cases I have ever seen. Before the Colossus hit the market, I had not heard of the company at all and I was very impressed with the design and features of the chassis. Bitfenix is back with a new version of the Colossus called the Colossus Venom. 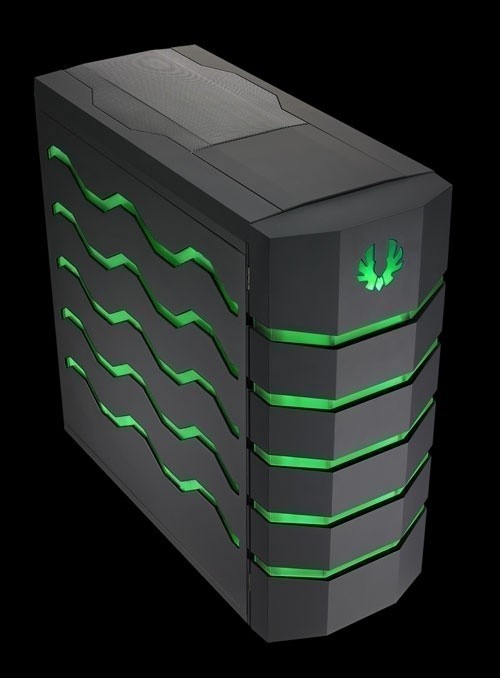 The main difference between the new Venom and the original Colossus case is that the Venom has a new lighting color to choose from. The case has LED lighting that can be changed from red to a new green hue at the touch of a button. The green with the black aluminum shell looks fantastic. Like the original, the light channels run down the sides and across the front of the case. The chassis has a pair of USB 2.0 and a pair of USB 3.0 ports on the top under a trap door to keep things clean looking along with other connectivity options.

Other features include a CPU cooler cut out on the mainboard tray, five external optical drive bays and seven internal 3.5" or 2.5" drive bays. The cooling system has a 230mm front fan and either a 140mm or 120mm fan on the rear. Bottom and top fans are optional. Bitfenix is also announced a new windowed side panel for the Colossus that lets you see inside the computer. The only downside with the window panel is that you lose the cool lines on the side of the case.
NEWS SOURCE:bitfenix.com