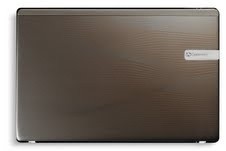 The Gateway NV series feature Intel Core i3 and Core i5 as well as the AMD Athlon and AMD Turion processors. Supporting up to 4GB of memory, upgradeable to 8GB total. Storage wise, we have 320 and 500GB.

The Gateway NV series also features a HDMI port for customers who want to plug the notebook up to their TV or Home Theater through a single high definition cable.

The Gateway NV Series also feature DVD or Blu-Ray drives, giving customers greater flexibility when it comes to choice in media playback. Media card reader and USB slots can be used to get access to your precious photos or videos. The NV Series also features "MyBackup" which gives customers a way to quickly and easily back-up all important files to another location such as a USB drive or another hard drive.

Gateway NV Series availability is in the coming weeks - pricing starts at $479.99 where the NV59C66u with integrated WiMax is priced at $699.99 and is available now.